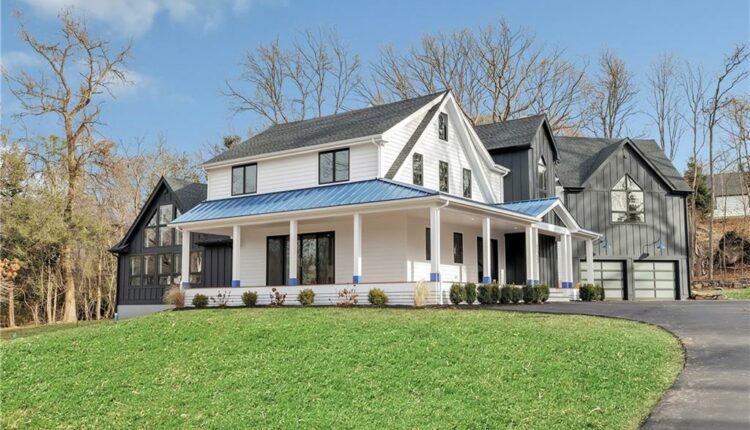 WESTPORT — New houses in Westport are in high demand, selling nearly as fast as builders can finish them, according to local real estate agents.

Mary Ann Lindwall, an agent with the Riverside Realty Group, said there were 20 single-family, new construction listings on the market in Westport as of Jan. 5. The average price of these listings are $4.4 million, ranging from $1.8 million to $9.4 million.

“It’s just one of the most sought-after areas in Fairfield County,” Vanderblue said.

Vanderblue added that builders know that they will turn a profit in Westport, which makes it a hot spot for them.

She described the area as “eclectic,” as there are properties varying in prices across new builds.

The numbers bear that out. Lindwall said there are 56 current listings in town, including the 20 new homes. Of the 472 residential real estate sales in 2022, the average selling price was just over $2.2 million. New construction though averaged $3.2 million for 48 sales.

Deputy Planning and Zoning Director Michelle Perillie said that the population is remaining generally unchanged because the new homes being constructed are replacement homes.

Vanderblue agreed. She said when she works with builders, they also try to use as much of they can from an older house and rebuild it, also known as a replacement home, which can save money.

Lindwall added new builds tend to not be custom homes, as builders cannot make as much money with those types of properties, especially with cost changes in the supply chain.

Vanderblue said she thinks that people are moving to Westport and the market is trying to keep up with the demand.

“There’s really not a whole lot of inventory for what the demand is, and some of those are not even built yet,” Vanderblue said.

WATCH LIVE McCarthy fails in marathon votes for US House speaker, not giving up | DW News

This $45 Million Home At Dorado Beach, A Ritz-Carlton Reserve Is Puerto Rico’s Most…