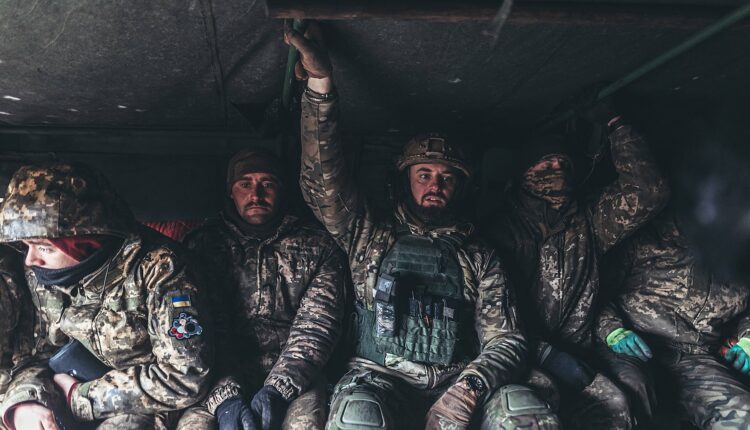 Ukrainian troops remain locked in vicious fighting around Bakhmut, reportedly having withstood a Russian assault on the town of Soledar on Saturday.

The Ukrainian 46th Airborne Assault Brigade held the small town northeast of Bakhmut, home to salt and gypsum mines, despite determined Russian attacks. Wagner PMC founder Yevgeny Prigozhin wants control of the town’s mines, according to a report from Al Jazeera citing a White House official. Ukrainian soldiers posted videos from the mines and within the town in an effort to dispel Russian claims it had captured the town in the battle.

Fighting in this sector has become a constant struggle for the flanks as Russian forces keep throwing everything they have at the Ukrainians in hopes of a breakthrough. The latest intelligence update from the British Ministry of Defense highlighted continued fighting in the woods near Kremina in Luhansk Oblast, the north flank of Russia’s campaign.

The battles around Bakhmut remain a savage tug of war amid splintered treelines, muddy trenches, and cratered moonscapes of no man’s land in between. Graphic drone footage shows Ukrainian forces fighting alleged Wagner PMC mercenaries at incredibly close range and from above with deadly drone-dropped munitions.

With many thousands of conscripts entering the conflict, and the possibility — we would treat it as only that at this time — of another round of mobilization looming, Russian commanders in the area should not be wanting for raw personnel.

There’s also intense helmet-worn-camera footage from the fighting in Bakhmut of the Ichkerian OBON, a Separate Special Purpose Battalion of the Ukrainian Foreign Legion, in combat using AT4 single-shot 84mm launchers. The footage also reportedly shows Rustam Azhiev, a Chechen commander with experience fighting Russian troops in both Chechnya and Syria, with his group Ajnad al-Kavkaz.

Before we head into the latest news from Ukraine, The War Zone readers can catch up with our previous rolling coverage here.

The fallout from the catastrophic Ukrainian attack on a Russian barracks in Makiivka continues. Families of the deceased are now reportedly complaining to Russian authorities and are otherwise being left in the dark about the debacle.

If this sounds familiar, families of the Russian Black Sea Fleet flagship Moskva were similarly left in the wind after the Slava-class cruiser exploded and sank after a Ukrainian anti-ship missile attack in April.

Observers and no-doubt Ukrainian and western intelligence officers remain acutely aware of Russian troop movements in Belarus north of the Ukrainian border. As the first anniversary of Russia’s ill-fated offensive from the Chernobyl Exclusion Zone into the Kyiv suburbs nears, we wrote about the reality of a second effort against the Ukrainian capital, which you can read here.

Reports from Belarus show more Russian troops, potentially some fresh off the lines in eastern Ukraine, have arrived and deployed to the Barnovichi training grounds nearer to the borders with NATO members Poland and Lithuania.

Ukrainian helicopter crews remain active along the frontline with two videos showing both Mi-24 Hind and Mi-8/17 Hip operations. Footage from underneath a Hip’s tail boom shows the common fast, low-level tactics required for survivability as well as firing lofted 122mm S-13 rockets from two B-13 pods on the pylons.

Another video shows both Hinds and Hips in action, with their rather eccentric crews lobbing rockets toward Russian positions with a wall of infrared flare countermeasures in their wake.

One of the scant few Russian BMPT Terminator tank support fighting vehicles can be seen deployed near Svatove on the frontline’s northern flank. You can read more about these rare armored vehicles’ impressive short-range firepower in our story just before the invasion began here.

It looks like a Ukrainian T-64BV and its Kontakt-1 explosive reactive armor (ERA) shrugged off a hit from a Russian Lancet loitering munition with superficial damage.

Russia’s most modern main battle tank remains a frequent sight on the frontline, with T-90M tanks shown in the field with bagged soft armor and in the rear area training with drones. Further integrating tanks with drones, as the above battle video shows, can at least dramatically improve tankers’ situational awareness as well as correct indirect fire.

On the Russian side, video shows a 240mm 2S4 Tyulpan self-propelled mortar crew in action. Russia made devastating use of this system in its prolonged siege of the Azovstal steel plant in Mariupol last spring.

New U.S. sanctions are coming for Iran in response to its continued supply of kamikaze drones to Russia. There has been talk that Iran has backed off sending ballistic missiles to Russia for use in Ukraine due to fear of additional sanctions. This could be a warning shot in that regard.

Ukrainian Navy EOD teams removed and detonated a floating mine in the waters off Odesa earlier this week, a reminder of the lingering threat to shipping since the war began.

A large number of Turkish-supplied BMC Kirpi MRAPs made an appearance in a Ukrainian column, some still sporting their desert camouflage paint as well as a Romanian remote control weapons system (RCWS).

The British-donated FV103 Spartan armored reconnaissance vehicle made its own appearance in a new video from the Ukrainian 67th Mechanized Brigade. With a top speed of 60 miles per hour and room for seven, it’s easy to see why Ukrainian forces would covet that kind of armored mobility.

Away from the frontline, there’s sobering footage of a Ukrainian cemetery for soldiers killed in the war, the latest reminder of this conflict’s staggering human cost.

To wrap up on a lighter note, the “Ukrainian meow brigade” has appeared, digital camo vest and all.

That’s it for now. We will update this story when there is anything major to add.